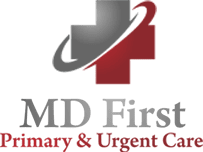 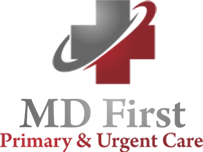 Earwax is a part of the defensive system of our bodies, serving to lubricate, clean, and protect the ear canal. Earwax helps to trap dirt and makes it more difficult for bacteria to grow in the ear canal. However, it’s possible for it to accumulate and harden to the point that it doesn’t wash away naturally. When this happens, earwax, also known as cerumen, will need to be removed by your physician. Trying to remove impacted earwax on your own can be dangerous, and you should never stick anything in your ear canal, so make sure you leave it to a medical professional.

How Will I Know If I’m Experiencing Impacted Earwax?

The impaction of earwax can occur slowly over a long period of time, making it difficult to notice when you’re experiencing issues related to it. The most common symptoms include difficulty hearing, a feeling of fullness in your ears, earache, and tinnitus, a ringing in the ears. Some patients will experience more severe symptoms, including dizziness, coughing, and earaches. If you’re experiencing any of these symptoms, you may want to make an appointment with your doctor today.

What Causes Earwax To Become Impacted?

Inside your ears are glands in the skin that slowly secrete earwax that builds up to line the outer portion of your ear canals. This wax, combined with the tiny hairs in your ear canal, helps capture foreign particles like dust and prevent them from getting to the delicate structures deeper in. Wax slowly makes its way to the opening of the ear canal and washes away as part of showering or just falls out. This happens as new wax is secreted to replace it. Patients who secrete large amounts of wax or in whom it doesn’t naturally clear away can experience build up and impaction of earwax. A cause of impacted earwax that surprises many patients is the use of cotton swabs to clean the ear. This practice can actually push the wax into the ear leading to it building up rather than cleaning it out.

How Do I Know It’s Time To See A Doctor About My Earwax Blockage?

If you’re experiencing the conditions mentioned above, it’s time to visit your primary care doctor. There’s no way to tell if you’re experiencing impacted earwax without having someone qualified take a look in your ear for signs. There are other conditions the aforementioned symptoms can suggest, and only your doctor will know for sure. Attempting to remove impacted earwax on your own can be dangerous, especially if you’ve recently undergone ear surgery or have holes in your eardrum. If your ear is draining fluid or in pain, you should absolutely leave this process to a professional.

How Are Impacted Earwax Blockages Treated?

When your physician has determined that you have a blockage, they’ll use one of a few methods to remove it. An instrument called a curet was specifically designed to remove wax from the ear canal and is one of the tools your physician may use. Warm water filled rubber-syringes are also used, along with water picks and certain forms of suction devices. None of these approaches should be tried on your own, and ear candling has proved largely ineffective and even dangerous as a home remedy.

If you have concerns about impacted earwax, make a call to our offices for an appointment, or drop in at our urgent care at 1130 Hwy 9 Bypass W in Lancaster SC. Our medical team has been helping our community with medical concerns like this for years, and a call to 1-803-230-2300 can get you on the road to clean ears and clear hearing today!

Please see us for your Urgent Care, Primary Care needs and DOT physical.